Belfast based DJ and producer Stuart Millar AKA Heliotype realised a dream when he took to the airwaves on BBC Radio 1 this Christmas. Stuart will too the reins of Pete Tong’s on Friday December 27th after impressing station bosses in a recent search to find new broadcast talent.
Stu was selected off the back of a showreel of previous radio exploits as well as an obvious love for the specialist music output on Radio 1. The DJ has listened to the likes of Pete Tong since he was a kid growing up in Northern Ireland, and has always harboured an ambition to present radio shows focused on his primary passion of dance music. 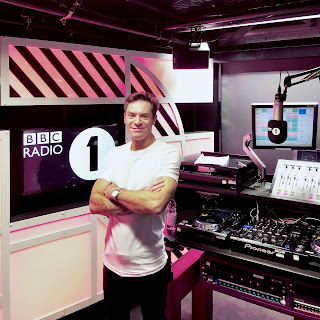 Starting out in student and hospital radio, Stuart spent several years presenting packages as a dance music specialist for BBC Introducing in Northern Ireland, whilst also producing and presenting Saturday night dance radio for RTE Ireland, including from Cafe Mambo in Ibiza.
"For all of my adult life, and before, I've wanted to present one of the Radio 1 dance shows.  It's just something I’ve always been working towards in the hope that somehow it would happen,” says Stuart. "I sent off my demo, thought nothing of it, and then when I got the initial phone call from Radio 1, I didn't know the number and thought it was a spammy sales call, so pretended I wasn't me!  Luckily I still got offered the show by the Head of Programmes at Radio 1, and was in London a couple of weeks later".

Stuart continues to work on his own music releasing for labels such as Nervous and Exploited, with an eye on advancing his profile in radio too.
Posted by Big Fish Little Fish Music at 12:21